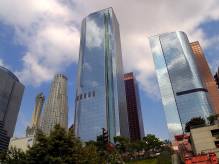 PUBLIC While not officially part of Death Salon, if you happen to be in town the night before the conference, you might be interested in this nearby event:  USC’s Visions & Voices presents: Gulp, Stiff, Spook, Bonk, & Packing for Mars: An Action-Packed Conversation with Mary Roach.

Hailed as America’s funniest science writer, author Mary Roach shares her humorous investigations about scientific phenomenon surrounding cadavers, sex, the afterlife, and a manned trip to Mars. Her newest book: Gulp: Adventures on the Alimentary Canal, takes us on a weird journey through the digestive system. Mary will be interviewed about the medical and scientific aspects of all of her best-selling books by librarian (& Death Salon organizer) Megan Rosenbloom from USC’s Norris Medical Library, and then she will answer questions from the audience. Accompanying the talk, there will be a reception with refreshments and a display of USC Libraries’ rare medical and science materials related to the subjects of Mary’s books. There will also be opportunities for book signing. The event begins at 5:30pm at Mayer Auditorium on USC’s Health Sciences Campus.

The event is free & open to the public, RSVP’s required.

The Order of the Good Death presents a day of highbrow engagement with and discussion about sex, death, and the most uncommon of corpses.

Morning and afternoon sessions will be held at the Center for Inquiry in Hollywood.

10:15 AM The morning session will feature a group introduction as well as presentations from Annetta Black, Senior Editor of Atlas Obscura and Nancy Caciola, Medieval History professor at UC San Diego. There will be a screening of SOUL, a short film by filmmaker Larin Sullivan that premiered on ABC1 Australia. The film delves into the rituals of dressing the dead with artist and fashion designer Pia Interlandi as she creates her first custom “Garment For the Grave.”

Following a lunch break, the afternoon session will be presentations followed by a panel discussion around the theme of Death & the Feminine.  Topics to be discussed include the everlasting lady corpse of the 18th century Gothic, the fetishization of the female corpse, Buddhist meditation on the rotting female body, and the similarities between the funeral industry and the pornography industry throughout the ages.  Finally, and perhaps most importantly: why are the 21st century death acceptance and academic movements dominated by women?  Is there something inherently feminine in the exploration of death? Panelists include Brandy Schillace, Managing Editor of Culture, Medicine & Psychiatry, Sarah Wambold, Austin based alternative mortician and writer on funerals as pornography, Joanna Ebenstein, founder of Morbid Anatomy, and Snow Mercy, biochemistry PhD and professional dominatrix and advocate.

This event is open to invited attendees only.

PUBLIC The Order of the Good Death presents Death Salon Cabaret, a salon in the truest sense of the word —  part education, part social gathering. Death Salon Cabaret is the public evening event of Death Salon, a gathering of scholars and death professionals who gather to explore the cultural practices surrounding death. In the spirit of the eighteenth-century salon (informal coffeehouse gatherings of intellectuals), Death Salon encourages lively conversations on deathly topics.

The theme of this particular evening will be The Uncommon Corpse. Lightning talks, music, and short films address the idea of the rare corpse that will not simply fade into the background of history…the bodies that were not lost to the ground or the pyre but insisted on staying longer and forcing the living to face their mortality.

Musical performances by Mutter Museum grant recipient composer/storyteller Jill Tracy and Death Gospel troubadour Adam Arcuragi will round out an evening where you can learn some dark history, pick up macabre wares from local artisans, or grab the Grim Reaper for a photo op.

This event will be open to the public, tickets are $15.

PUBLIC A one day, open-to-the-public Morbid Anatomy pop-up event which will explore the interstices of art and medicine, death and culture with screenings, a mini-symposium, a lecture on fin de siècleParisian death themed cabarets with recreations of their classic drinks, and a panel on saints and mortification of the flesh.

Mortification of the Feminine Flesh: Elizabeth Harper
From the fatal anorexia of St. Catherine of Sienna to St. Rose of Lima’s hidden crown of nails, self-inflicted pain has become part of a well-worn path to holiness for many Catholic women. However, these shocking acts become comprehensible and even logical when seen as a response to the transformation of the Church from the egalitarian early Christian church to the strict patriarchy of the Catholic Church as we know it. This change, coupled with Catholicism’s unique views on death and martyrdom have lead many holy women to believe that to perfect a woman’s soul, her body must be destroyed.
The Annihilated Saint: The Signifying Body of Bartholomew: Colin Dickey
Colin Dickey discusses images of torture in the cult of Christian saints, particularly Saint Bartholomew, who was flayed alive and who is regularly depicted holding his own skin. Inverting the traditional relationship of torturer and powerless victim, Christian imagery turned the act of torture into empowerment, where specific methods of torture became iconically associated with specific saints. As the cult of the saints waned, these images of torture began to filter into European consciousness in bizarre and fascinating ways, as Bartholomew’s singular torture found its way into the lexicon of Renaissance anatomy textbooks, creating a new relationship between the sublime body and the dissected corpse.
Bringing Out the Dead: The “Anatomy Art” of Gunther von Hagens: Allison de Fren
Filmmaker/media scholar Allison de Fren discusses the corporeal displays of controversial German anatomist Gunther von Hagens. Using examples from both his traveling exhibition of human cadavers, Bodyworlds, and his UK television series Anatomy for Beginners, she will show how von Hagens recycles the visual motifs of Renaissance anatomy theatre and art to resuscitate the practice of public dissection for contemporary audiences
5-6: ”Cabarets of Death” : Lecture followed by fin de siècle Parisian death-themed cabarets cocktails from original recipes with Mel Gordon
Highly illustrated lecture with reprints of the Cabaret du Néant’s menu and a recreation of their classic drinks from original recipes.

This event will be open to the public with the option of giving a donation to help cover costs.

In the evening, for conference attendees only, address in registration email.